The glorious rise of Malbec in the last few years has often raised a pertinent question. How did the purple grape that originated in southwest France manage to thrive in South America? So much so that it’s created a unique identity for itself in Argentina. Undoubtedly, it’s the geographical location, climatic condition and the influence of the mighty Andes. During his recent visit to India, Nicolas Perinetti, Export Area Manager of Bodega Casarena, the producers of Mythic Estate wines spoke about the Argentinean Malbec and Mythic Estate and what makes these wines special.

The grape variety Malbec enjoyed its peak at its original home, southwest France and especially in Bordeaux, during the pre-phylloxera time. However, the disease destroyed most of the Malbec vines and subsequently, it faced difficulty in ripening because of its susceptibility to diseases and problems such as mildew, frost, and coulure. However, in the 1850s when it was brought to Argentina by Michel Pouget Malbec began to thrive in the climatic conditions of Mendoza. Very soon it became the glory of Mendoza. And in the center of it all was Lujan de Cuyo. The region that today produces some of the best malbec wines in the world.

Lujan de Cuyo also happens to be the home of Mythic Estate. Elaborating on the climatic condition and terroir, Perinetti said, “Mendoza presents the perfect terroir for growing Malbec. The climate is dry, there are 300 days of sun, deep roots, the alluvial soil in Lujan de Cuyo and the altitude (800 mt above sea level) is one of the highest in the world for growing vines. So that helps Malbec to have the perfect colour, tannin, and spicy characteristics when it’s ripe. The round and supple texture which is a unique characteristic of a great Malbec can only be achieved here.”

He added, “Medoza is on the same latitude as the wine regions in New Zealand, Australia, and South Africa. Also, Lujan de Cuyo was the first region in Argentina where Malbec was planted and at present 90% of the red wines produced in this region are malbec. However, there are also regions such as Patagonia and RioNegro, which produce malbec but don’t have the same vigor”.

We tasted three of the Mythic Estate wines at the event organised by the wine & spirits importing company Flipsydee and hosted by Nicolas Perinetti, in Mumbai. 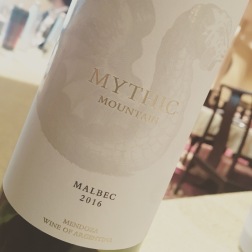 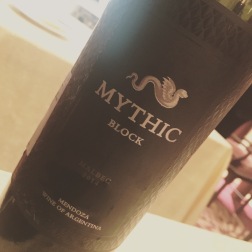 Mythic Estate is a boutique project of Bodega Casarena and produces a wide range of wines at the winery in Lujan de Cuyo. This appellation is also famous for its oldest and most prized vineyards in Mendoza. From Mythic Estate’s portfolio, there are only three wines available in India at the moment. Mythic Mountain Chardonnay, Mythic Mountain Malbec, and Mythic Block Malbec.

During the tasting, Perinetti spoke about the origin of Mythic.He said,“Casarena (translated as “Sand House”) is named after the earth-toned stucco exterior design of the winery that has the shape that is similar to the old houses that were built in Mendoza. This viticulture project began in 2007 after the rebuilding of a century-old family winery from 1937”.

The Project MYTHIC is a winemaker’s dream. These wines have the very best blends and are crafted to offer a unique taste of the most emblematic grape varieties from Argentina, added Perinetti. Bernardo Bossi Bonilla, the winemaker spent years making wines at Catena, Tikal, and Casarena before starting his own label ‘MYTHIC’ where he has the full freedom to craft his wines.

“It was only apt that when it came to deciding the logo, the mythical creature, a serpent with dragon wings which is known to have been the protector of harvests according to folklore in Argentina, became the preferred choice. That way we are keeping the legends of the land alive”, concluded Perinetti.