If there is one thing that truly defines a bottle of wine is the place of its origin. Because the grape, that the wine is made of, denote the terroir, climate, the style of wine making etc. Though every grape variety carries the identity of the place of its origin, sometimes, a long travel across continents can help it build a much better home away from home. So is the case with the grape variety Malbec. Originally from South-west France, Malbec now thrives in the vineyards of South America, especially in Argentina.

Malbec, Auxerrois or Côt whatever France may call it, until around mid-twentieth century, the grape variety was on its top in the region of South-west France including Bordeaux. The historical centre of Malbec production was originally in Cahors, a town located in southwest France near the Pyrenees around 200 miles from Bordeaux. According to the history, the wines of Cahors started traveling all over the world in the mid-seventeenth and eighteenth century. 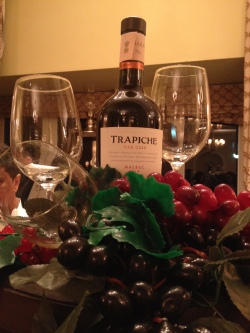 The nineteenth century marked the decline of the wine of Cahors in France and England. Bordeaux merchants barred the way to the British market. Furthermore, French winemakers prioritised other wine varieties that were better adapted to the characteristics of soils and climates of the region. The prestige of the wines of Cahors, so vigorous in the Middle Ages and in the early centuries of modernity, underwent a period of decline. Cahors wines were left off the lists of wines recognised and valued in the nineteenth century. The coup de grace for the downturn of Malbec in France was the phylloxera plague. This attacked the vineyards of Cahors from 1877 and wreaked havoc. The 40,000 hectares that had been cultivated up to that point disappeared almost entirely within a few years. From this devastating experience, the Gaul growers lost their last ties with Malbec, a situation that could not be reversed until the second half of the twentieth century.

The expansion of Malbec, outside of France, began in the eighteenth century, towards the east. In the following century it reached the Southern Cone of America and by 1840s and 1850s, Malbec strains began to grow in the Quintas Normales de Santiago de Chile and Mendoza. While the wine industry started flourishing in Chile, Argentina turned out to be a late entrant in it due to the prevailing political situations at that time. However, it took 150 years for Argentina to find its star.

It took Argentina 150 years, from receiving the first vines of Malbec, until they were able to produce a decent wine for export. It was a long period of work and interaction among men, plants, soils and climate.

Argentina began exporting wine in relevant quantities at the beginning of the twenty-first century.

The celebration of Malbec Day came into form when modeled on France, an initiative was proposed to add new grape varieties as a means to enhance the national wine industry in Argentina. On April 17, 1853, with the support of the governor of Mendoza, Pedro Pascual Segura, a project was presented to the Provincial Legislature, with a view to establishing a Quinta Normal and Agricultural School. The House of Representatives approved the project on 6 September that year. The management of Pouget and Sarmiento in the Quinta Normal de Mendoza was a crucial part of this process.

The Consulate General & Trade Promotion Centre of Argentina in Mumbai celebrated the sixth edition of World Malbec Day this year at the Taj Mahal Palace & Hotel. The celebration happened along with 64 cities and 50 countries around the world, together paying tribute to Argentina’s flagship grape variety-MALBEC. This year, the Consulate hosted the event on the 12th of April to include a farewell for their outgoing Consul General, H.E.  Tomas Ferrari.

The wine of choice for the night was Trapiche, one of Argentina’s oldest and biggest wine producers. The vineyards are located in Mendoza, Argentina at the foothills of the Andes Mountains. It is Argentina’s largest exported premium wine brand, with a presence in more than 80 countries. Under the guidance of world-famous wine consultant and enologist Michel Rolland of Bordeaux, France, Trapiche has become one of the most iconic wines from the region.

The soiree included a tasting and information tour about Argentine Malbec & its origins by the Sommelier of the Taj, Abhas Saxena. Guests were briefed about the wonderful journey through which the Malbec varietal of grapes went through to reach its current avatar. The guest list included distinguished members of the Diplomatic community in Mumbai, including the Consul Generals from Spain, Poland, Ecuador and Australia, and the Consulate’s personal friends and business associates from various industries.

Since its first edition in 2011, the World Malbec Day celebrated on 17th of April, has become a symbol of the transformation of Argentina’s wine industry and more specifically of the grape variety Malbec.