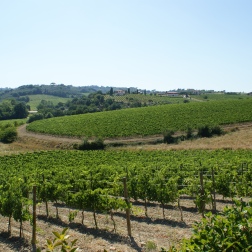 A traditional Ribollita paired with Rosso di Montalcino, Florentine steak or a wild boar meat dish with a glass of Chianti Classico or contuccini dipped in a glass of Vin Santo. Picturing food without wine or vice versa in Tuscany is a far difficult proposition than mastering the art of living in a mountainous Tuscan village or driving through its sharply winding, steep and narrow roads.

Anteprime di Toscana successfully corroborates the same to the world. This annual event primarily explores fine wines and their latest vintages from the Tuscan regions designated to produce wines such as Chianti, Chianti Classico, Vernaccia di San Gimignano (the only white wine appellation as a part of Anteprime), Vino Nobile di Montepulciano and Brunello di Montalcino. In the second week of February every year, around 250 wine writers, buyers, and sommeliers from all over the world spend ten days in the home of some of the notable wines in the world tasting the latest vintages of these wines yet to be released in the market. 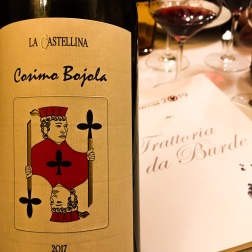 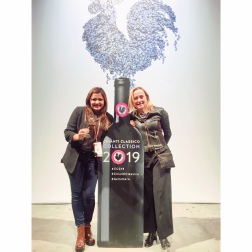 The event that begins in the historical city of Florence with the tasting of Chianti and Chianti Classico wines travels afterward to the UNESCO World Heritage site San Gimignano for the preview of Vernaccia wines. San Gimignano also happens to be the home of Mona Lisa and Michelangelo’s descendants (it’s true and I have met them both during my visits) and offers world’s best gelato at the Gelataria by Sergio Dondoli. The caravan then journeys into to the interiors of Siena reaching Montepulciano to explore the wines Vino Nobile, ending the journey at the quaint, hilly, idyllic and picturesque Montalcino the home of Brunello.

Almost a century after its formation, the Consorzio Vino Chianti Classico, the first wine-producers’ consortium to be established in Italy, now has more than 510 members, 351 of which are estates presenting their own labels in the markets. In 2014, Chianti Classico denomination identified by the Black Rooster (Gallo Nero) on the neck of the bottles underwent another identity makeover with the introduction of a new appellation within called Gran selezione showcasing the best of the best at the top of the pyramid. Also, last year, in the international markets, aggressive marketing and promotional campaigns showing clear differentiation between chianti and chianti classico DOCG has helped the Gallo Nero to thrive in Canada, USA and in Italy along with a number of other new markets.

Appointment of Ambassadors (Steven Spurrier, the famous wine critic and current consulting editor for Decanter magazine has been appointed as the ambassador for the English market in 2019) has worked in favour of the Gallo Nero as well. The global turnover touching 800 million euro, bottled, wine production value of over 400 million euro certainly gives chianti classico lovers a reason to rejoice. 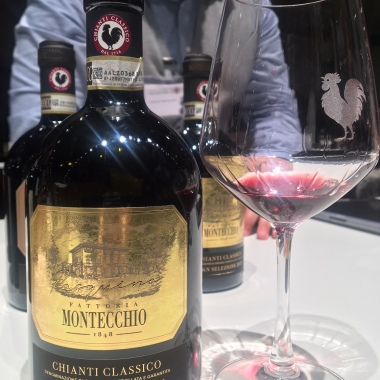 Chianti Classico is a truly vineyard driven wine whose terroir speaks to you in honesty. The production regulation that allows a minimum of 80% sangiovese and 20% other red grapes or 100% sangiovese, is almost always true to its place of origin. The region lying between Florence and Siena that covers the municipalities of Castellina, Gaiole, Greve, Radda in Chianti and parts of Barberino Tavarnelle, Castelnuovo Berardenga, Poggiobonsi and San Casciano in Val di Pesa.

On top of the Chianti Classico pyramid is Gran Selezione which requires 30 months aging of the wines produced from the vineyards owned by the producer. It must represent the characterstics of the best quality of Gallo Nero i.e, fruity, spicy, elegant, good structure, fineness and balanced tannins with acidity that gives great substance and aging potential of decades to the wines. 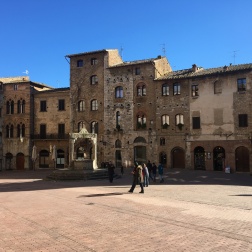 Gallo Nero’s lesser-known cousin but of great quality with huge potential is Vernaccia wines from San Gimignano. The white wine appellation that entered Anteprime sometime back is young, fresh, high on acidity and also shows great aging potential. It’s an interestingly packaged day that we spend in the UNESCO world heritage site with the tastings of the latest vintages held inside a museum every year.

While the tasters take a break in between and stroll around the picturesque village sight seeing and enjoying gelatos from gelateria Dondoli or sip on a cup of Italian coffee at one of the cafes, the session that is always looked forward at Anteprime is the comparative tasting of the Vernaccia wines with other international style of wines such as Gruner Veltliner (Austrian white variety) or wines from Burgundy (Chardonnay) etc.

This year, it was a very informative tasting of wines with the influence of Ancient and Modern Sea with special ties to the Mediterranean. Tasting of 12 wines, Ansonica, Insolia, and Vernaccia was the highlight this year conducted by wine critic Leonardo Romanelli. The Vernaccia wines that stood out at the tasting were Podere Le Volute 2017 docg, Riserva San Benedetto 2016 docg, Riserva Le Mandorle 2016 docg Fattoria Poggio Alloro. Also, look for a bottle of Montenidoli Carato 2015 or 2013 if you ever have the choice to pick a Vernaccia di San Gimignano wine. You won’t regret it. It’s a great example of how age-worthy Vernaccia wines could be. 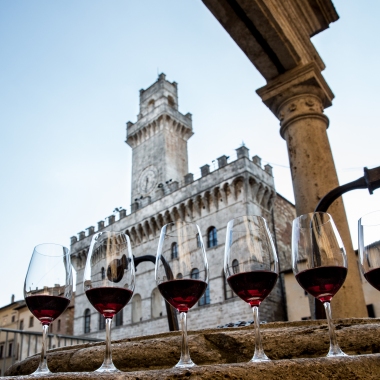 Montepulciano was bright and sunny at this time of the year providing perfect set up for the tasting of Vino Nobile vintages 2016, selezione 2016, riserva 2015 and other older vintages going back to 2012 at Fortezza di Montepulciano. The terroir in Montepulciano has favoured many producers to take up organic or biodynamic farming in the last few years making the vintages more and more elegant, age-worthy with sustainable vineyard practices.

The origin of the word Vino Nobile can be traced at the Contucci family winery located in the heart of the city at the main square, a few meters away from the Fortezza. Contucci family is one of the oldest in Montepulciano settled in the city since XI century. They became specialists in wine growing, and already in the 1700s were known as one of the “putative fathers” of Vino Nobile di Montepulciano, as the wine for the table of the nobles. 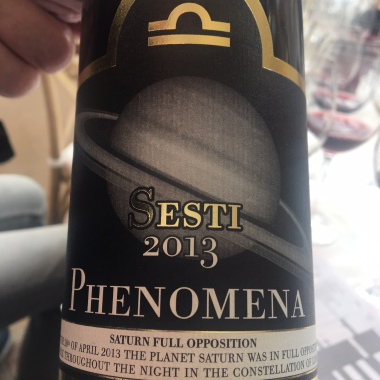 During my visit this year I discovered the interesting story of the origin of Brunello di Montalcino and it’s founding family, notably Clemente Santi who worked as a pharmacist at the local pharmacy in 1745-now known as Farmacia Salvioni located in the heart of Montalcino town-before he started producing wines, aging them in wood and creating the iconic Brunello di Montalcino. Clemente’s descendants later in 1800 made the name for Biondi Santi and Brunello di Montalcino was officially born. 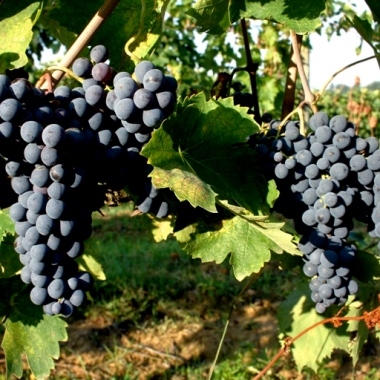 The vintage 2014 has been a harsh one for many brunello producers and we could see it at the two-day long tasting organised at Benvenuto Brunello 2019. Although, there were some producers who were consistent with their great quality even in this difficult vintage. One such producer is Caprili. The small family run winery situated very close to GAJA’s Pieve Santa Restituta winery in Montalcino has been growing quietly in the efficient hands of the young winemaker Giacomo Bartolommei. He shared that it was a conscious choice to reduce the yield significantly to achieve the desired quality and maintain the consistency in the 2014 vintage. Few other exceptions with a good 2014 vintage were Tenuta di Sesta, Barbi, Caparzo, Poggio di Sotto. The other iconic producers such as Col d’Orcia, Mastrojani, Podere Le Ripi, Il Poggione although show great potential, could certainly improve with age.

The perfect example of Brunello’s age-worthiness is seen with the iconic wines of Col d’Orcia. Every year, a select group of tasters, are invited by Count Francesco Marone Cinzano producer of Col d’Orcia for an exquisite dinner at his home/winery. He generously opens some old vintages dating back to 1967. This was my third year at the dinner and we had the vintages 1969,79,89,99, and 2009 of Brunello di Montalcino wines. While some of these vintages are rare to find anywhere else in the market, the others are usually priced above 100 euros. Luckily, we do have the 2013 vintage of Col d’Orcia available in India now and if you are into fine wines and especially love a good Brunello di Montalcino, do write to us at drinksanddestinations@gmail.com for more details.

This article was first featured on luxurylaunches.com