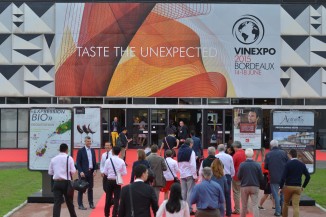 Vinexpo Bordeaux, the international wine and spirits event held in odd-numbered years brings the season of celebrations and festivities to the otherwise dull and quiet trade city of France. As Bordeaux is also the country’s wine capital, the event kind of invigorates the city. I have attended three editions of Vinexpo Bordeaux in the past and it would have been my fourth visit this year but I had to cancel the trip at the last minute. But here is what I, so as others who didn’t make it to the event, missed. A roundup on Vinexpo 2015 which took place from 14 to 18 June, and five reasons why it was a special year! 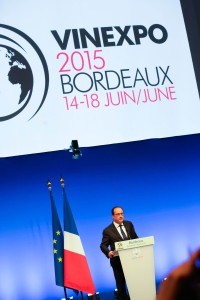 Under the guidance of the new management the event website was revamped and there were several new features and activities introduced for the first-time. To begin with, the French President François Hollande inaugurated the 18th edition of Vinexpo. It was the first time in the history of the exhibition that the head of the state inaugurated Vinexpo.”Today Bordeaux is not only the Capital of the region,” declared the President of the Republic. “It is an exhibition venue for the whole of France, the Capital of the World of wines and spirits. I came to Vinexpo to meet the actors of an industry that represents the excellence of the French ‘art de vivre.’ We must sustain the industry’s growth and its position worldwide: We are the number one and we need to remain it.” Xavier de Eizaguirre, President of Vinexpo, opened the conference and reinforced the mission of Vinexpo, which it has held since the wine and spirits trade show’s inception in 1981.

All Roads Lead to The Spiritual Bar 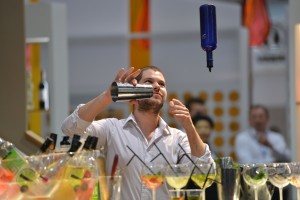 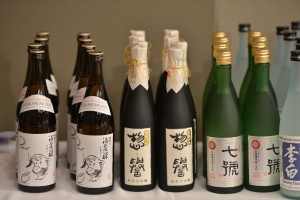 Vinexpo once again proved that it is the most prominent wine as well as spirits exhibition in the world. It gathered 2,350 exhibitors from more than 42 countries. With more than 45,000 buyers from 151 nations there was a new record attendance this year.

The launch of a dedicated spirits area at VINEXPO 2015 highlighted the growing number of spirits brands jostling for a share of a market forecast to reach nearly 3.2 billion cases by 2018.  Focus of the spirits action was the Spiritual bar where Masterclasses in cocktail making, flairing and spirits appreciation by mixologists from the United States Bartenders Guild (USBG) run all day. The bar also featured the participation of the Distilled Spirits Council of the United States (Discus) hosting seminars and tastings with the USBG. Guillaume Deglise, CEO of VINEXPO, says, “We expect Spiritual to become VINEXPO’s flagship for new cocktail experiences, product launches and global trends. It is a place where trends can be discovered and professionals can share their passion for spirits.” Located in Hall 3, spirits from all over the world were on display with Bourbon and Scotch notably well represented. 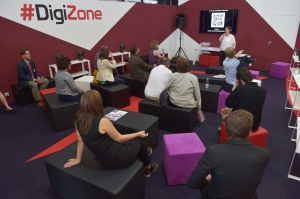 Vinexpo introduced an innovative new personalised appointment booking service, whereby exhibitors and visitors could tell the organisers their requirements and what they were looking for, and they approached the decision-makers in the database and set up targeted meetings on their behalf. Besides this service, there were plenty of meeting areas and business opportunities offered at the event. This personalized meeting service, One2Wine meetings, proved effective and enabled the setting up of more than 1,000 business meetings. Rosé, sparkling and sweet wines were showcased in the new Flights tasting spaces, where visitors could pre-select and discover these wines before visiting the stands. This new system of sampling was hailed as a real time-saver.

For the first time the #DigiZone welcomed bloggers and web communicators to exchange views about digital technology as well as wine discoveries. At the same time, VINEXPO put in place a virtual digital strategy via its twitter feed, Facebook and online videos showing the dynamic nature of the exhibition. The VINEXPO app was downloaded 5,000 times.

The new layout of the exhibition, featuring a gastronomic promenade turned towards the lake, delighted visitors. The quality and variety of menus proposed by the restaurants, the snack booths and food trucks were vastly popular. The food and wine workshops set up in partnership with Gault & Millau and led by top chefs enthused both visitors and exhibitors. 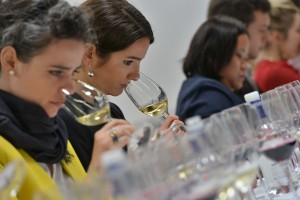 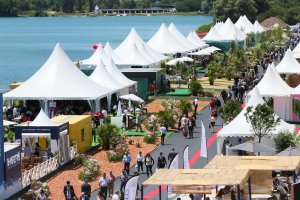 If you didn’t have enough tastings at the stands of the exhibitors from various regions of the world, there were always the special tastings for which one has to register in advance. The newly launched Hong Kong based publications company Le Pan conducted some of the interesting tastings this year. The Vinexpo Academy tastings and conferences helped discover wines from Georgia, China, Alsace, Tuscany, Napa Valley, Burgundy, Douro and Bordeaux. At the Academy’s masterclass the visitors could taste organic wines, or participate in a blind tasting session led by Paolo Basso Best Sommelier of the World 2013. The Academy’s conferences focused on business and marketing related topics such as the American market, the African market, Great Wine Capitals, Internet sales, or wine and spirits transports.

All Work, And Even More Play

Vinexpo 2015 was surely all work and even a lot of play. The parties and exclusive dinners in the evenings at various Chateaus and private locations were a testament to that. 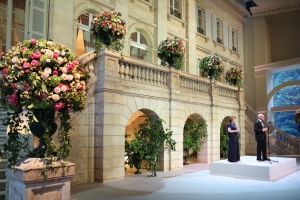 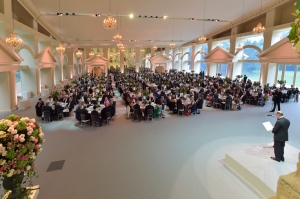 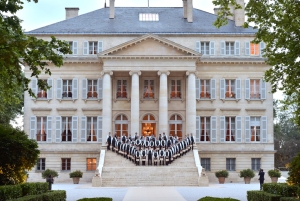 The Blend, VINEXPO’s pop-up nightclub networking venue was open exclusively to exhibitors and visitors to VINEXPO. Besides that on 14th June the most awaited dinner event took place at Chateau Margaux. For more than 30 years Conseil des Grands Crus Classes En 1855 (Medoc & Sauternes) has been hosting a wine dinner at one of the Première Grand Cru Classes in honour of the international press in the first night of Vinexpo. This year it was at the prestigious Chateau Margaux, which entertained 275 journalists from 37 countries. Madame Corinne Mentzelopoulous and Philippe Casteja, President of the Conseil des Grands Crus Classes En 1855 (Medoc & Sauternes) welcomed almost 500 guests to a memorable wining and dining experience where wines such as Chateau d’Yquem 1988, crus classes wines from the Bordeaux 2006, 1996 and 1986 vintages and Chateau Margaux 1985 were poured.

Rojita Tiwari is an award winning writer, educator, podcaster, and consultant in the fields of wine & spirits, travel & hospitality. She is the recipient of the Most Influential Food & Beverage Industry Professional Award 2020. Rojita is a WSET Level 3 certified (Wines) and Level 2 certified (Spirits) professional listed twice (2013 and 2015) as one of the TOP TEN WOMEN OF WINE IN INDIA by the Indian Wine Academy. With 16 years of experience of working for several publications including a decade-long experience of heading the editorial of a leading alco bev magazine, now she is mostly busy- tasting, traveling, writing, training and educating people about the wonderful world of wine & spirits. She is a certified judge at several international wine & spirits competitions. She also hosts India's first podcast on drinks and travel - The Drinks & Destinations Podcast. Connect with her on drinksanddestinations@gmail.com or Follow on Instagram & Facebook @drinksanddestinations. Cheers & Happy Reading! View all posts by Rojita Tiwari